The largest known asteroid to hit earth, estimated at 15 km wide, struck the earth at what is now called Vredefort. What remains, the 30 km wide Vredefort dome is visible from space. The asteroid scattered the earth’s biggest gold residue across an area nearly 300 km wide. This is the Golden Arc. Half of the world’s gold was mined from here, fifty seven thousand tons since the late 19th century. The basin stretches from Johannesburg to Welkom. The deepest mine, Mponeng, tunnels 4 km below the surface, and houses the world’s tallest elevator, which can go down more than 2km. An average of 2 workers died per day in the early twentieth century in these mines. Employment in the mines peaked in the 1980’s at nearly half a million workers. 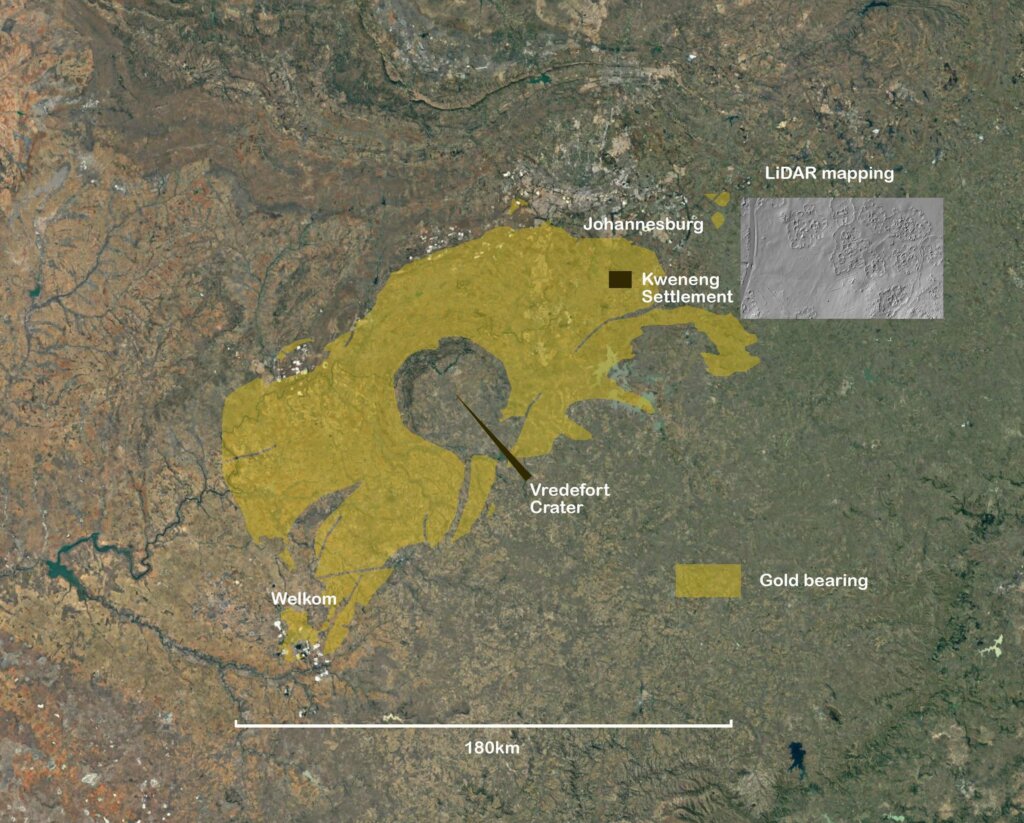 Large areas around Rustenburg, 90km north west of Johannesburg and another set 200 km east show numerous kraal shaped collections of stones that suggest sizable populations in the region for thousands of years. The latest habitation to be added to the list in 2018 was the Kweneng settlement just south of Johannesburg.

In regions where rivers and streams were not available, to naturally concentrate and clean gold in their slower eddies, a method of dry panning was used. The young would clear the area of larger rocks. Once an area was clear the sandy soil would be heaped onto an animal skin. This would be tossed in a manner that chaff is removed from wheat, using angles and the wind. Once the heavier elements had been concentrated, these would be passed to the elders at smooth stones where they would be sifted by hand to find the grains of gold.