Smallpox is the deadliest virus in medical history. It is estimated to have killed up to 500 million people in the last 100 years alone of its existence¹. As recently as 1967, 15 million cases occurred a year. Variola is a large brick-shaped virus measuring approximately 300 nm by 250nm. 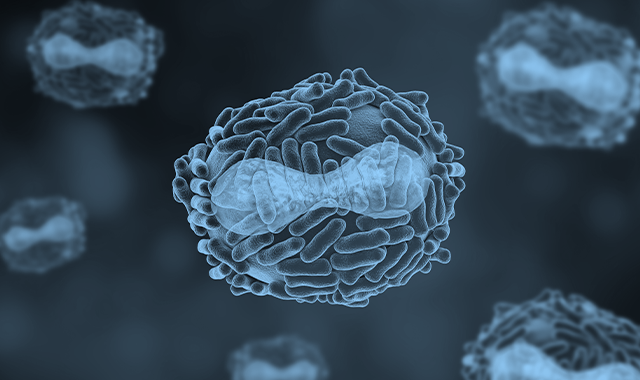 The first royal recorded death was Pharoah Ramses V. After the high-profile deaths of Shunzhi and Tongzhi Emperors of China, inoculation against smallpox began there in the 10th century, although these were only offered to the ruling classes³.

In England, Henry VIII’s only son, Edward VI, died from smallpox. This only left two smallpox survivors as heirs, namely Elizabeth I, who tried to disguise the pockmarks with heavy makeup, and her rival, Mary, Queen of Scots, who had no facial scarring. The disease also scarred his sister Margaret, and his fourth wife, Anne of Cleves. William III lost his mother and wife to the disease, and the naming of Charles II as legal guardian resulted eventually in the end of the Stuart’s control of the throne. Lady Mary Wortley Montagu observed smallpox inoculation during her stay in the Ottoman Empire and promoted the procedure for inoculation in England upon her return in 17184. The British used smallpox as a biological weapon during the French and Indian Wars5, American War of Independence, and against Australian aboriginals6.

In France, Louis XV succeeded his great-grandfather Louis XIV after all other potential monarchs ahead of him died of smallpox. He then died of it himself.

In Russia, Peter II of Russia died of the disease. Peter III caught the virus and was left heavily disfigured. His wife, Catherine the Great, was spared but, fearing for her son’s safety, isolated him. Controversially, she allowed herself, and then her son, to be inoculated by a Scottish doctor. Catherine then sought to have inoculations throughout her empire and, by 1800, 2 million had been administered7. Soviet leader Joseph Stalin fell ill with smallpox at the age of seven. His face was badly scarred by the disease, so he had photographs retouched to hide his pockmarks.

In the Americas, Cuitláhuac, the Aztec ruler and the Incan emperor Huayna Capac died of smallpox8. The latter’s death sparked the civil war leveraged by the Spanish Conquistadors to complete their conquest. Three U.S. Presidents George Washington, Andrew Jackson, and Abraham Lincoln all contracted and recovered from the disease.

In 1947 the Soviet Union created a smallpox weapons factory in Zagorsk, near Moscow, with the most potent strains being tested on Vozrozhdeniya Island, in the Aral Sea9. Here in 1971, a research ship came within 15 km of the island, which had a 40 km no-go-zone. A lab technician, who had taken samples of plankton, was infected by the virus and spread it on returning home. All patients died. Extreme quarantine measures contained the outbreak. Responding to international pressures, in 1991 the Soviet government allowed an inspection team to tour four of its main weapons facilities at Biopreparat. The inspectors were met with evasion and denials from the Soviet scientists and were eventually ordered out of the facility. In 1992 Soviet defector Ken Alibek alleged that the Soviet bioweapons program at Zagorsk had produced a twenty-ton stockpile of weaponized smallpox, along with refrigerated warheads to deliver it. In 1997, the Russian government announced that all of its remaining smallpox samples would be moved to the Vector Institute in Koltsovo. With the breakup of the Soviet Union and unemployment of many of the weapons program’s scientists, U.S. government officials were concerned that smallpox, and the expertise to weaponize it, had been sold to the Iraqi government.

The last case of smallpox in the world occurred when a medical photographer, Janet Parker, contracted the disease and died on 11 September 1978. The source of the infection was established to be the smallpox virus grown for research purposes at the Medical School laboratory. As a result of this incident, all known stocks of smallpox worldwide were subsequently destroyed or transferred to two WHO-designated reference laboratories, the United States’ Centers for Disease Control and Prevention (CDC) and Russia’s State Research Center of Virology and Biotechnology VECTOR. WHO set the deadline for the destruction of the remaining samples for the end of 1993. This was then postponed to 199910. Due to resistance from the U.S. and Russia, in 2002 the World Health Assembly agreed to permit the temporary retention of the virus stocks for specific research purposes. In a 2010 review, the WHO concluded that no essential public health purpose is served by the U.S. and Russia continuing to retain virus stocks. In 2017, Canadian scientists recreated an extinct horse pox virus to demonstrate that the smallpox virus can be recreated in a small lab at a cost of about $100,000, by a team of scientists without specialist knowledge. This raised serious concerns about terrorist bioweapons11. In September 2019, the Russian lab housing smallpox samples experienced a gas explosion that injured one worker. No samples were apparently affected.