CODEX Entry 5301: Felice and the Inquisition

Later Pope Sixtus V, he was a poor Fransican friar who rose rapidly, sent at a young age to Venice as Inquisitor General. His rulings were so severe that he was recalled in 1560, yet later reinstated as Inquisitor in other cities. Inquisitions were initially set up in each city throughout Europe to interrogate Jews who had converted to Christianity to avoid the ghetto and theft of their property.

“Since it is absurd and utterly inconvenient that the Jews, who through their own fault were condemned by God to eternal slavery…”. So begins the bull by Pope Paul IV in 1555, that established the Roman Ghetto. It required that all Jews of Rome live in the ghetto, with walls paid for by the Jewish community. The ghetto was built in a three hectare area of the city subject to constant flooding. At the time of Sixtus V, 3,500 Jews lived in these terrible conditions.

The bull, and its various amendments, also prohibited Jews from being doctors, employing Christian servants, and requisitioned all but one synagogue in each city. It also enforced the wearing of a yellow hat, a throwback to the Canon of 1215 that required Jews to wear yellow, and muslims similar color coded dress. This was, to some extent, a reaction to rules imposed in muslim states since the 8th Century, requiring Christians to wear a lead sign saying ‘non-believer’ and two yellow colored patches on their front and back. In Sicily, which had the largest Jewish population in Europe, the Caliphate ordered that Jews wear a piece of cloth in the shape of a donkey, yellow belts and special hats. In Rome and across Europe, Jewish religious documents were destroyed. Jews were not allowed to own property even in the ghettos and had to sell assets swiftly and cheaply. They were prohibited from fraternizing in any way with Christians and limited to the trades of rag-picking, fishmonger, or pawnbroker. For these reasons, numerous Jews had converted to Christianity, and the Inquisition’s job was to ‘prove’ these new christians were still crypto-Jews, and thus strip them of their assets. This process was initiated by local government officials to secure income and destroy Jewish mercantile competitors. The church rapidly understood this could be a valuable source of income. Regulations were put in place that their penance would be the funding of renovations to city churches. As the Pope was rebuilding St. Peter’s Basilica, this became an important source of funding.

These policies were easier to enforce in the Papal States, where the Pope had executive power, as well as elsewhere in Italy, where the papacy had influence. Beyond Italy, though, the provisions of the bull were largely ignored. In Poland, Church officials never proposed segregation of the Jews as such a measure would not have been supported by the king or the nobles.

Pope Sixtus V, Felice brought his experience at the Inquisitorial Courts to bear on the city of Rome and the Church itself. A vast network of spies and surveillance was introduced. By the sale of offices, and levying ruinous new taxes, he accumulated a vast surplus, which Sixtus enjoyed counting.

Sixtus V is most famous for his architectural projects in Rome, new large avenues between the churches that evicted numerous poorer roman inhabitants. The completion of the dome of St. Peter symbolized his energetic construction and renovation of Christian monuments, pilfering ruthlessly from older Roman monuments. Sixtus V was responsible for the erection of four obelisks, most importantly that in Saint Peter’s Square.

He authorized the Sixtine Septuagint and Vulgate Bibles. Disappointed with the Committee’s progress, and fancying himself as an erudite scholar, Sixtus became the lead editor, simply scribbling changes onto an existing Leuven Vulgate. This document full of deletions and notes is called the Codex Carafianus. The new Bible was prepared In the face of the revolution in printing and protestant thought emanating from Geneva and beyond. These new publications not only threatened the monopoly on ideas, but the monopoly on profits from bible sales. The edition was therefore preceded by the Bull Aeternus Ille, in which the Pope declared the Sixtine Bibles to be the divine exclusive word of God. It banned the printing of any other bibles, and guaranteed a ten year monopoly for Vatican owned printers. If churches refused to buy the new expensive edition, all existing copies had to be corrected to match it on pain of excommunication. However, nine days after his death this version was removed from circulation, and all copies destroyed. This was replaced with the Clementine Vulgate. This version was issued with a Papal Bull much like the Aeternus Ille, declaring it the only true version of the bible and requiring all previous editions to be modified or replaced. There were some 4900 changes in all. The Clementine Vulgate remained the standard Bible of the Roman Catholic Church until 1979, when the Nova Vulgata was promulgated by Pope John Paul II. 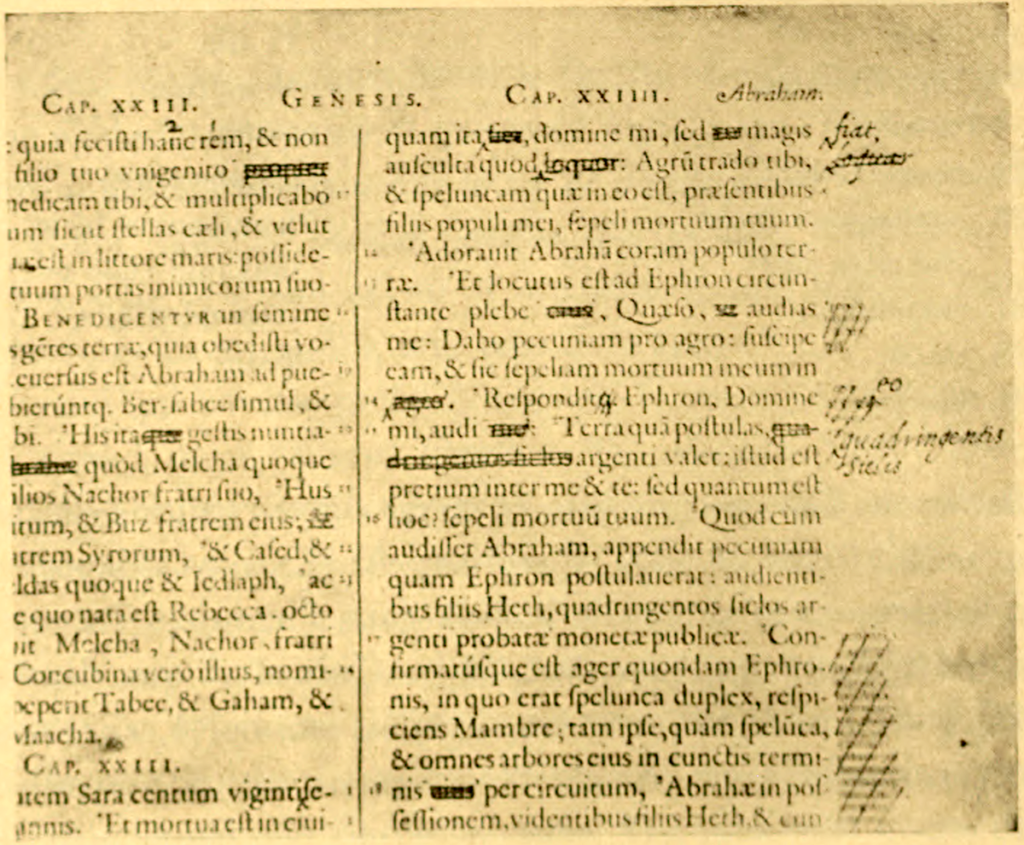 Sixtus dreamed of annihilating the Turks, conquering Egypt, taking the Holy Sepulchre back to Italy, and the accession of his nephew to the throne of France. He agreed to renew the excommunication of Queen Elizabeth I of England, in place since the British refused to buy their Alum from the papal monopoly. He also granted a large subsidy to the Armada of Philip II, along with papal protection which did little to defend the ships from the storms of destruction in the Channel and Atlantic.

It was not until 1870 that the concept of Papal infallibility became a formal doctrine of the church. However, despite the ‘rocky’ lineage of the Bishops of Rome, it had been the belief since medieval times that the pope’s highest authority was preserved from the possibility of error on doctrine, rather than policy, and was one of the channels of the infallibility of the Church itself. This has only been used twice in the last two centuries, in affirming the Immaculate Conception of Jesus and the Assumption of Mary into the Heavens.