Marduk -“calf of the sun god “, or Amar-Utu, son of Utu1, the Horned Lord of the Sky. While borders between tribes were endlessly in flux, each one worshipped a pantheon, or family of gods. Patterns in the physical attributes, powers, phonetics, and stories2, indicate a strong likelihood that these tribes were all serving the same gods3, simply applying their linguistic names for Lord or Master4. For example, in Anatolia alone, Tarhunna was, in Hattian, Taru; in Luwian, Tarḫunz; in Palaic, Zaparwa; in Lycian, Trqqas; and in Carian, Trquδe5 These were all the same god. While we cannot follow all the minor family members, the first-born males can be shown to overlap. Even further afield, in Northern Europe and India we find overlaps with Thor and Zeus, or the Indian horned God Pasputi6.

When referencing him, his father, and grandfather, we will now use the Semitic pronunciations, Marduk, Baal and El exclusively. Marduk was a late-generation god, and the patron deity of Babylon, with his main home at the Temple of Esagila. From 1800 BC to 1400 BC, with Baal no longer present, he slowly transitioned to become the new head of the Babylonian pantheon8.

Monotheism grew swiftly from the 6th Century B.C, and tribes began rationalising or merging their gods down to one 9 10. Secondly, while it had been common practise for gods to be born and die, the new singular god was eternal. 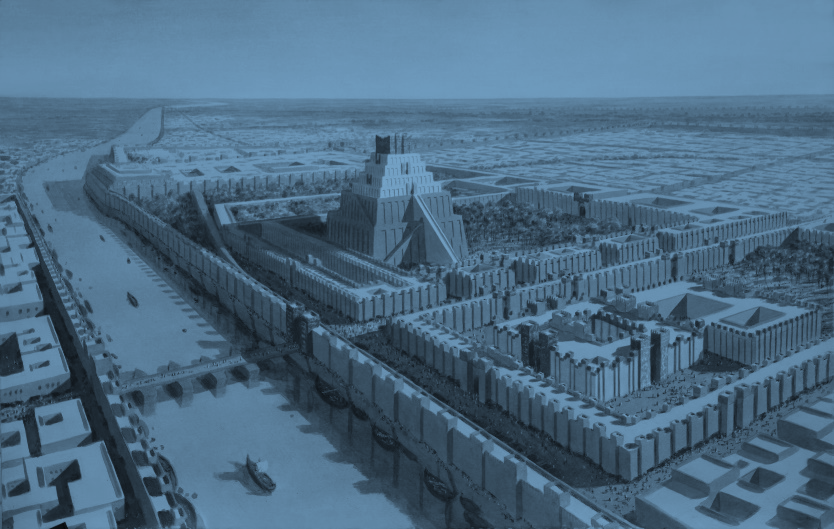 He was also often mistaken for his father and simply called Baal, or Master, as both gods were horned. Marduk’s set was less imposing than his father’s, and therefore he was more associated with the ram than the bull. The peaceful passing of authority to him, from his father, and whispers of Marduk’s death, were explained by additions to the religious scripture Enuma Elish12. This added a celebration of Marduk’s resurrection from the dead, and slaying of the Goddess Taimat. In this text, Marduk was first imprisoned, then given a poisoned chalice by the goddess disguised as a priestess13. Later he was miraculously saved from the underworld by his son Nabu14. Each new year, in a ritual that involved slapping the king, this scripture was read out in each temple. Through it, El, his grandfather, and Baal, are presented as formally passing lordship of the Earth to Marduk, by giving him the Tablet of Destinies15. Also, now, Marduk is presented as consulting with his grandfather before creating the first man, rather than his grandfather initiating the process himself. These humans “On whom he imposed the service of the gods, and set the gods free”.