The French Polar Institute and the Italian National Antarctic Research Programme are working to create a snow cave at the French-Italian Concordia station to store ice cores from retreating glaciers around the world. Collection sites include the Kilimanjaro Glacier which is disappearing so fast that it will no longer exist by 2060. The project’s original goal was to measure historical indicators for climate change in 50m ice bore samples. But rapidly, the discovery of ancient viruses new to science became a key element in the program. The Guliya ice cap in China’s Tibet offered 28 new viral groups from 15,000 years ago or earlier. There is grave concern that, in a worst-case scenario, the ice melt from climate change could release pathogens into the environment for which we may have lost immunity. 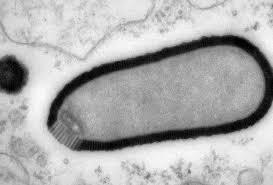 There are numerous virus fragments in human DNA. For example, one called Hemo, is not even made by the mother of a foetus, instead, it is made in her fetus and in the placenta, by a gene that originally came from a virus that infected our mammalian ancestors. Hemo is not the only protein with such an alien origin: Our DNA contains roughly 100,000 pieces of viral DNA. Altogether, they make up about 8 percent of the human genome.